(above)The Rock of Cashel is one of Ireland’s most spectacular archaeological sites. The ‘Rock’ is a prominent green hill, banded with limestone outcrops. It rises from a grassy plain on the edge of the town and bristles with ancient fortifications – the word ‘cashel’ is an anglicised version of the Irish word caiseal, meaning ‘fortress’. Sturdy walls circle an enclosure that contains a complete round tower, a 13th-century Gothic cathedral and the finest 12th-century Romanesque chapel in Ireland.

In the 4th century, the Rock of Cashel was chosen as a base by the Eóghanachta clan from Wales, who went on to conquer much of Munster and become kings of the region. For some 400 years it rivalled Tara as a centre of power in Ireland. The clan was associated with St Patrick, hence the Rock’s alternative name of St Patrick’s Rock.

Numerous buildings must have occupied the Rock over the years, but it is the ecclesiastical relics that have survived even the depredations of the Cromwellian army in 1647. The cathedral was used for worship until the mid-1700s. ~Lonely Planet Ireland. (Note: The Cathedral has been and continues to be scaffolded to try to remove centuries of absorbed water that threaten to take its limestone walls and uniquely surviving 12th-century frescoes down.) 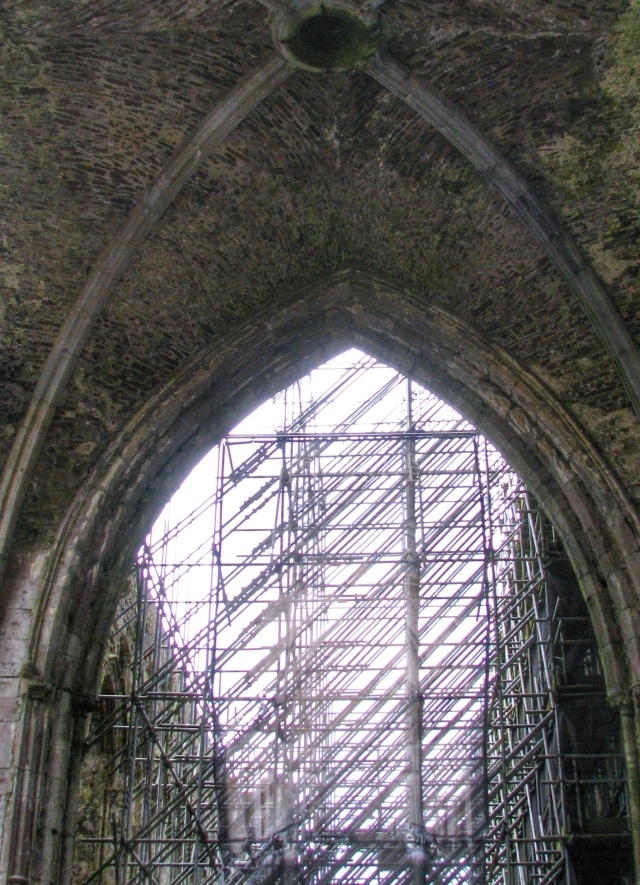 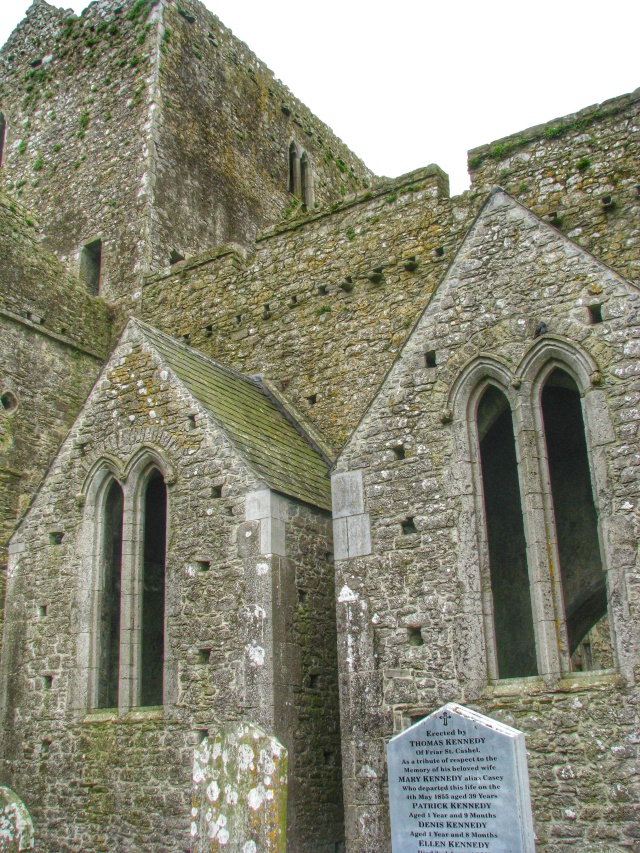 An adjoining abbey over the wall not far from sheep.

Another Cistercian abbey barely survived Cromwell’s crew, as his army took on the Muckross abbey by Killarney with the most powerful tool of the Middle Ages and beyond … fire.

A ghost of a martyred monk, perhaps? 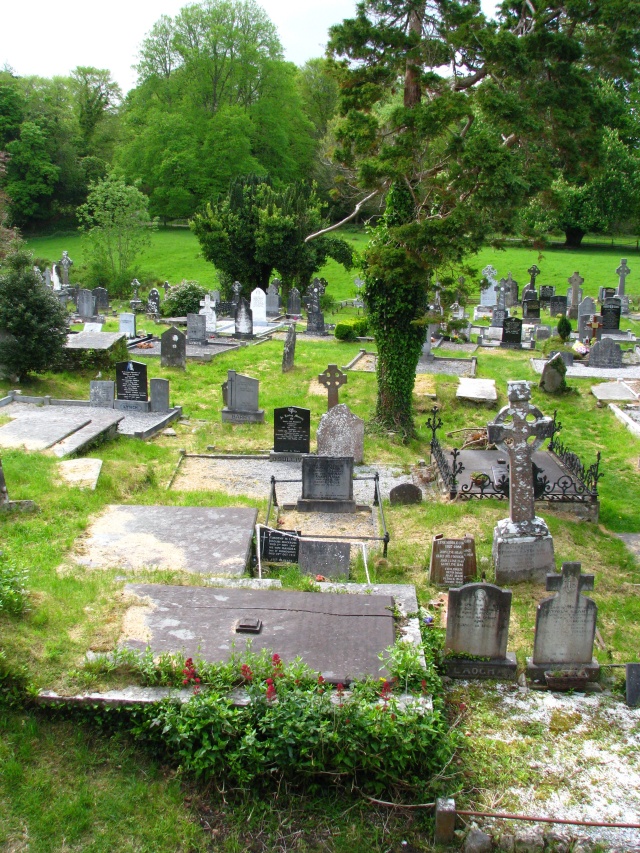 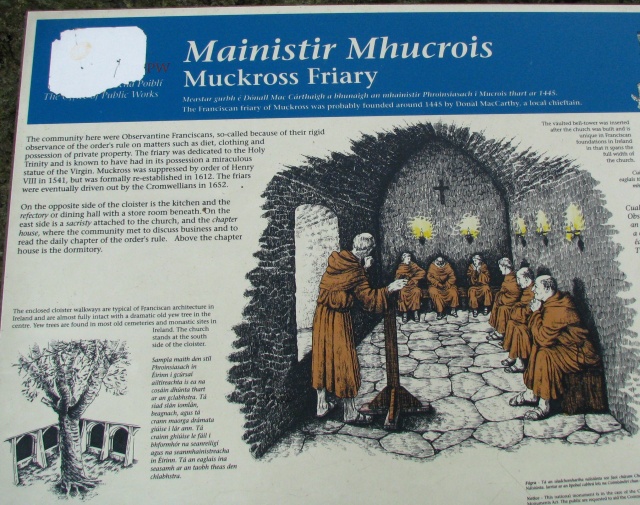 It was a serious business … These were the Irish who, by copying and recording existing literatures, saved civilization, according to Thomas Cahill’s titular best-seller.

I am an adherent of the theory that we don't know what we don't know. I enjoy all things literary, visual, mysterious, and just beyond our grasp.
View all posts by Joy Hendrickson →
This entry was posted in Uncategorized. Bookmark the permalink.
Loading Comments...
%d bloggers like this: